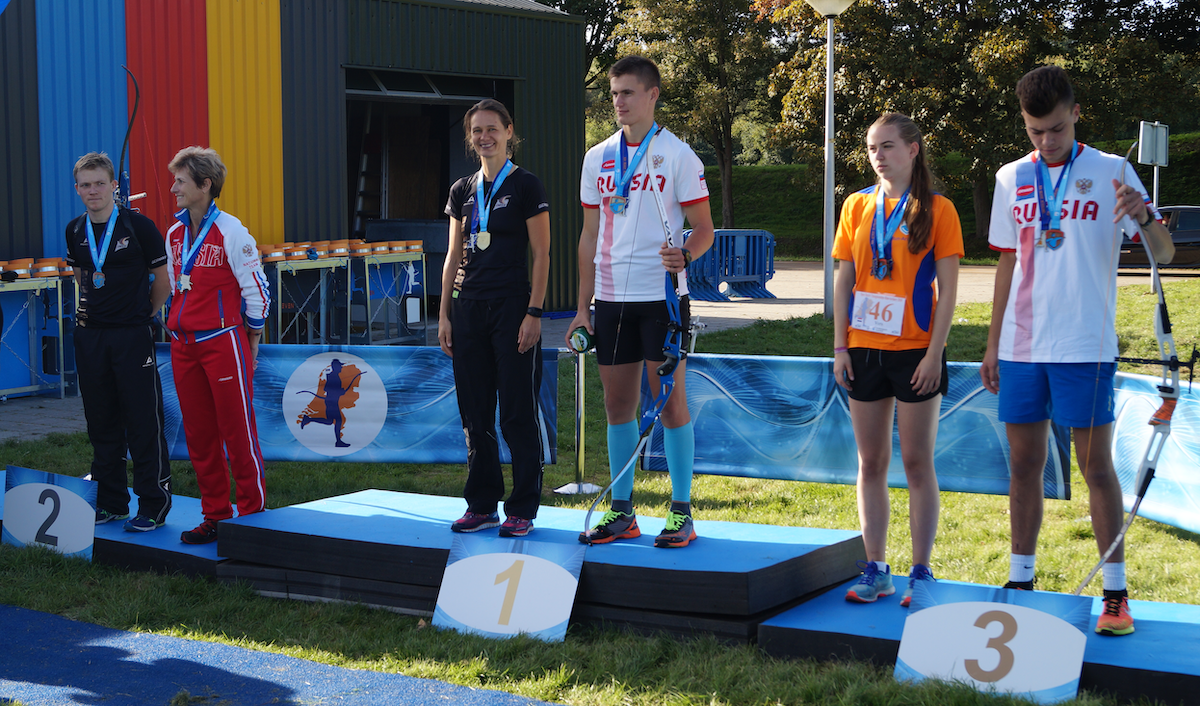 Zoetermeer hosted the annual peak of the Dutch bowling season on 29.9.2018. The Open Dutch Championchips invited athletes for a last chance to breathe in competition air before the international highlight in France.

Niklas Krause and Sandra Szulc also took part in the competition from the DBSV Run Archery National Team. Fortunately, the announced strong Russian competition had also arrived. In wonderful autumn weather, the hosts of the HKS Zoetermeer organized a perfect competition that left nothing to be desired.

Both Niklas and Sandra were then able to assert themselves and qualified for the finals. Already here, however, it was noticeable that some of the athletes were still running with the handbrake on. All the more exciting were the finals, because there was nothing to give away. In the women's final, Sandra Szulc scored an impressive first and second place with an impressive shooting and mileage performance against the strong Dutch and Russian women's competition.

Niklas Krause tried to do the same and also ran in a very strong run to an excellent second place. Only a few meters separated him from the first place winner from Russia. This competition raises the anticipation of the European Cup in France and can be described as a successful dress rehearsal. There will be a big reunion with friends from different nations.